Back in the spring we spent quite a bit of time studying knights.

I was reading Knights in Training and hosted an online book club about the book and then I took my kids through some knight training exercises. 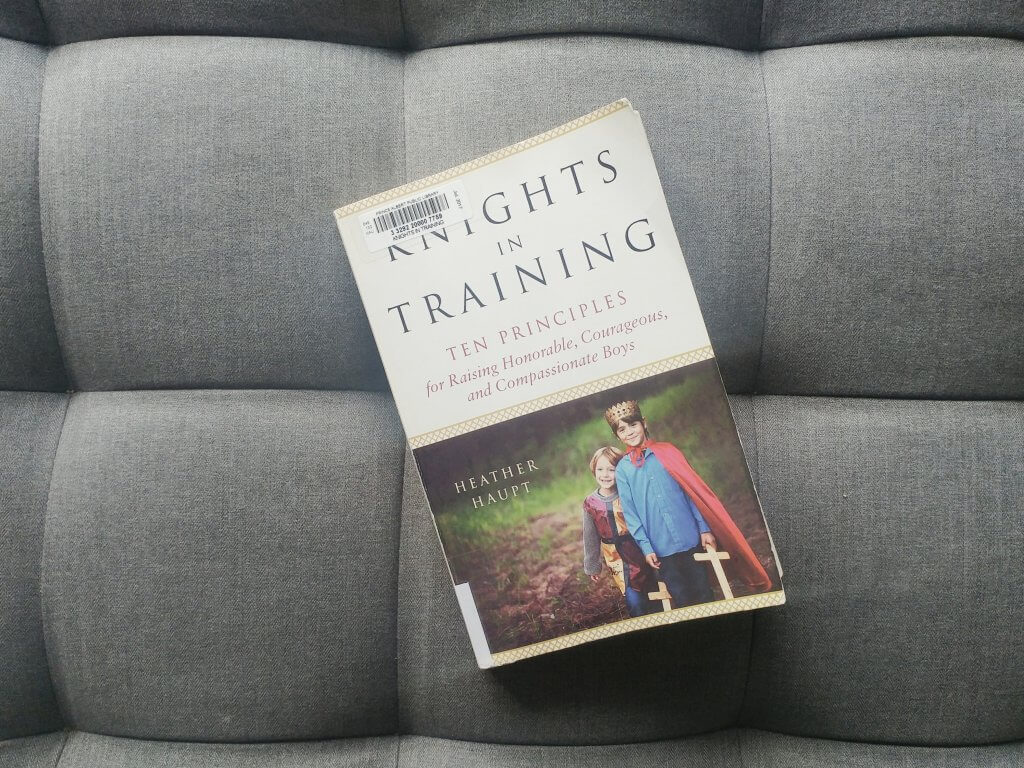 I would highly recommend grabbing a copy of Knights in Training and reading through it. Prior to reading it I had no idea of the code of conduct knights had to adhere to, it’s very inspirational and all of the codes they had to follow are ones I would like my children to follow. 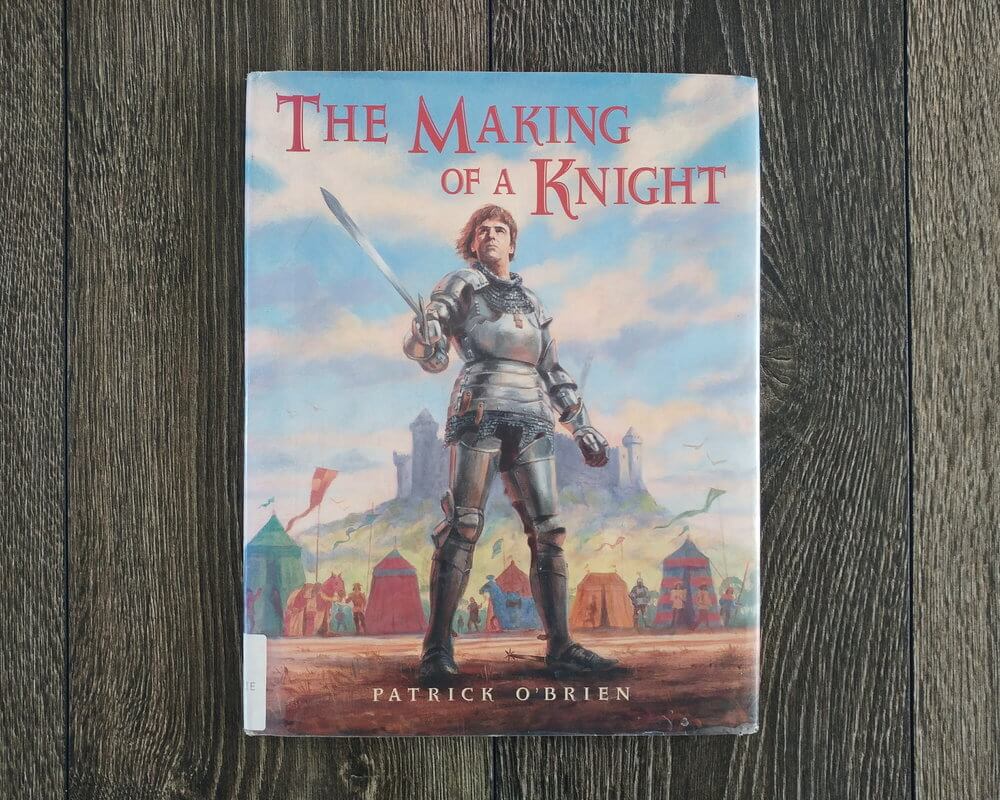 Part of our knight training involved reading a number of picture books about knights.

The following picture books have great illustrations and do a great job of giving some of the background of what was required from knights and the process they went through for years before reaching knighthood.

I generally don’t like picture books that have a lot of words on a page, I may be alone in this and we could just chalk it up to some weird personal quirk, but for the most part these books have a fair number of words per page and I still found them easy and enjoyable to read, that’s saying something. 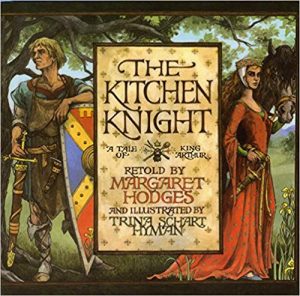 Here noble Gareth, King Arthur’s nephew is knighted by Sir Lancelot, vanquishes the dreaded knight of the Red Plain, and wins the hand of a fair maiden. 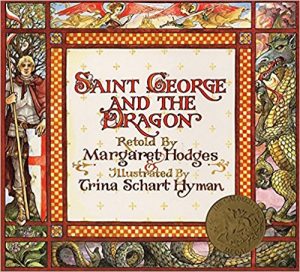 Hodges retells an exciting segment from Spenser’s The Faerie Queene, in which the Red Cross Knight slays a dreadful dragon that has been terrorizing the countryside for years, bringing peace and joy back to the land. Featuring a fresh new cover design – with artwork that highlights the dragon adventure within – and distinctive embossed gold Caldecott Award sticker, this is the perfect way to introduce the classic tale to a whole new generation of readers.

Except for the dragon-shaped constellation that appeared at his birth, there was nothing that suggested Arthur was destined for greatness.

Raised by the gentle Sir Ector, Arthur spends his boyhood exploring the Welsh woodlands, until one day a messenger arrives announcing a grand tournament to be held in London. Arthur’s older brother, Sir Kay, insists they must attend with Arthur as his squire. After traveling the long road to London on horseback, Kay performs brilliantly in the contest, but it’s young Arthur himself who ultimately wins the day. 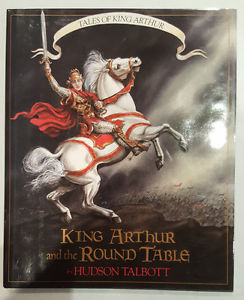 As a lad of only sixteen years, Arthur pulled the sword from the stone and thus became High King of all Britain. But scarcely has he begun to arrange his court when twelve of the country’s lesser kings, jealous of Arthur’s glory, declare war on him.

Culminating in the Battle of Bedegraine, this war is fateful in more ways than one–for not only does it secure Arthur’s place among his people, it also unites his destiny with that of Lady Guinevere. 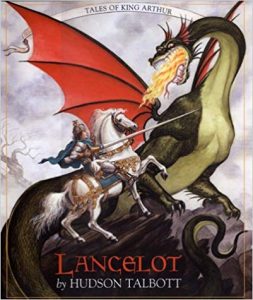 Though Arthur was the greatest king that Britain had ever known, Lancelot was the Round Table’s greatest knight. Orphaned in battle and rescued by the Lady of the Lake, Lancelot is raised in the enchanted domain of Avalon, where he is schooled in the arts of chivalry by the finest knights in the world. After his arrival at Camelot, Lancelot goes forth to prove himself worthy of the honor bestowed upon him as the queen’s champion. Defeating giants, slaying dragons and rescuing damsels in distress are all in a day’s work for the dynamic, young warrior. But the passion that drives him to great deeds eventually drives him mad when he discovers the truth of his own heart’s desire. Only love could wound him so deeply, but only love can heal him.

When the young Arthur pulled the sword from the stone and became High King of all Britain, he didn’t realize that an even greater task lay ahead: that of uniting his country behind him. Wielding the great Pendragon sword, Arthur leads his men to victory in the Battle of Bedegraine. Afterward, his knights disperse in pursuit of individual glory and Arthur stays behind, listening wistfully to the older knights’ tales of daring and heroism. All the time he wonders, Why can’t I go questing as they have?

But soon he does discover a quest of his own, and despite the warnings of his adviser, Merlin, he sets out to challenge the rebellious warrior King Pellinore in a fight that could prove to be his downfall. 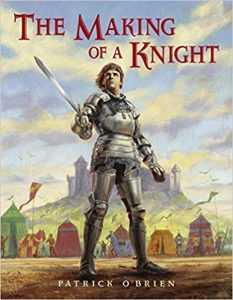 Seven-year-old James wants to be a brave and noble knight like his father. He dreams of the day that he too will wear the golden spurs that symbolize knighthood. But before his dreams are realized, James must work for seven years as a page and for seven more as a squire, learning to ride, hunt, and fight.